With 300 years of history, Worting House has been host to many rich and famous faces over the years. Today, our historical setting lends a prestigious feel to our offices, and our rich history has paved the way for our visionary plans for the future.

One Manor House, Three Centuries Of History And Hundreds Of Stories To Tell

Jane Austen’s Visit And The Rich History Of Worting House

The beautiful Georgian manor of Worting House, was built during the reign of King George I (1714 to 1727). Later in the 18th century, the house was extended and wings were added, forming the Worting House we know and love today. It has been owned over the generations by several important local Basingstoke families and hosted many local society gatherings.

On the evening of Thursday the 20th December 1798, Jane Austen visited the house to attend a ball with her friend Catherine Bigg, one of Squire Lovelace Bigg-Wither’s seven daughters, and afterwards wrote in her diary:

“I spent my time very quietly and pleasantly with Catherine. Miss Blachford (a cousin of the Biggs, also a guest in the house) is agreeable enough. I do not want people to be very agreeable, as it saves me the trouble of liking them a great deal. I found only Catherine and her when I got to Manydown on Thursday.

We dined together and went together to Worting to seek the protection of Mrs Clarke with Lady Mildmay, her eldest son and a Mr and Mrs Hoare. Our ball was very thin, but by no means unpleasant.

There were twenty dances, and I danced them all, and without any fatigue. My black cap was openly admired by Mrs Lefroy and I secretly imagine by everybody else in the room.”

Lovelace Bigg-Wither’s only surviving son and heir, Harris – whose claim to fame was that he was briefly engaged to Jane Austen, although it lasted little more than 12 hours – subsequently sold the house and it passed through a series of owners including George III’s physician, whose family remained living here until just after the Second World War. 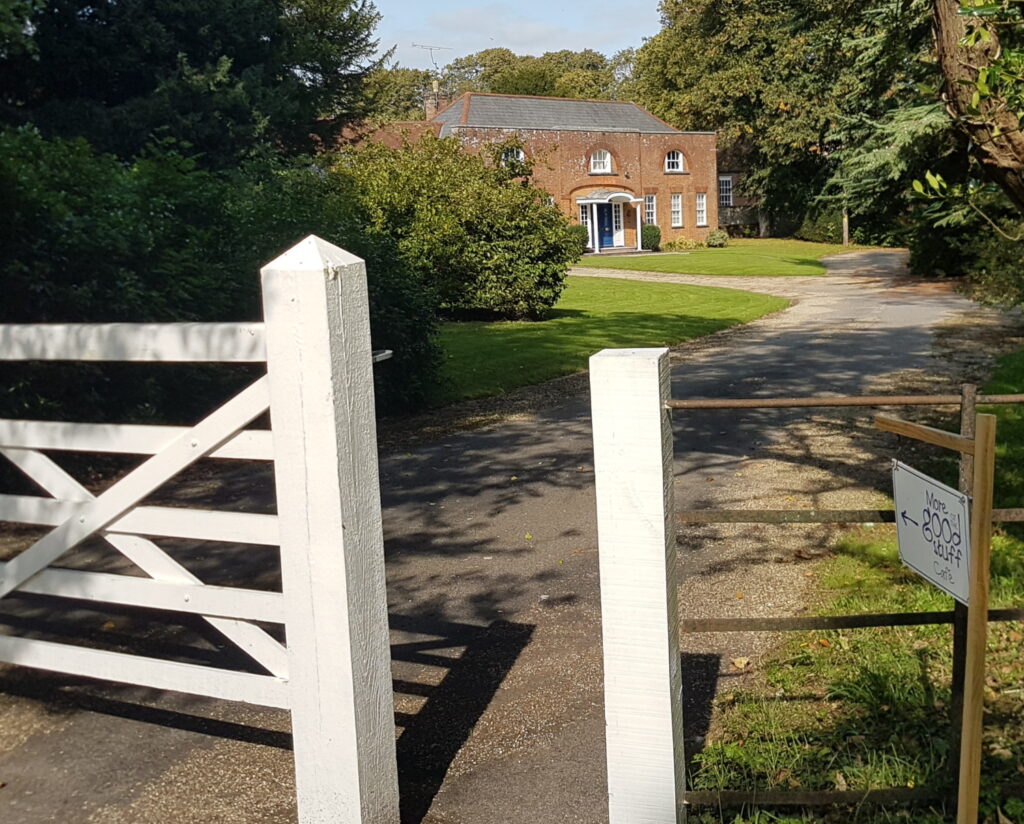 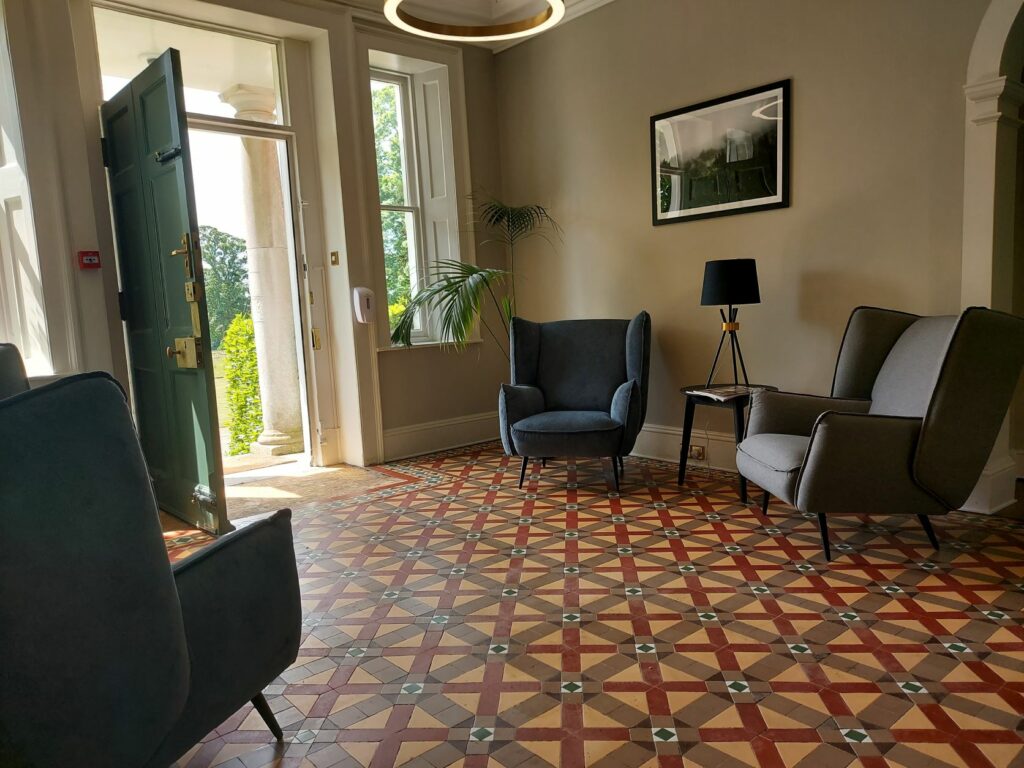 How Worting House Was Transformed Into Modern Serviced Offices

Worting house was then sold to Burness, Corlett & Partners (BCP) — a highly regarded firm of naval architects and marine consultants. The ballroom was converted into a large drawing office, the dining room became the boardroom and most of the bedrooms became offices. In the 1970’s a large single-storey extension to the offices was built behind the main building between the wings at the back of the north side, and a large car park was built near the entrance, relieving pressure on the area in front of Worting House.

The Manor House evolved to become a great office workspace for businesses and employees to work from, blending the old with the new, offering people working here the perfect balance between professionalism, connectivity, peace, quiet, and convenience. When the architectural practice closed Worting House was converted to provide serviced offices for businesses of all sizes from 1988.

Despite the restorations, Worting House has kept its historic appearance and many of its original features, including an impressive marble fireplace and grate made of gunmetal, which is dated before 1830. There is also said to be a tunnel that runs from the house to the church, but we have never been able to find it! 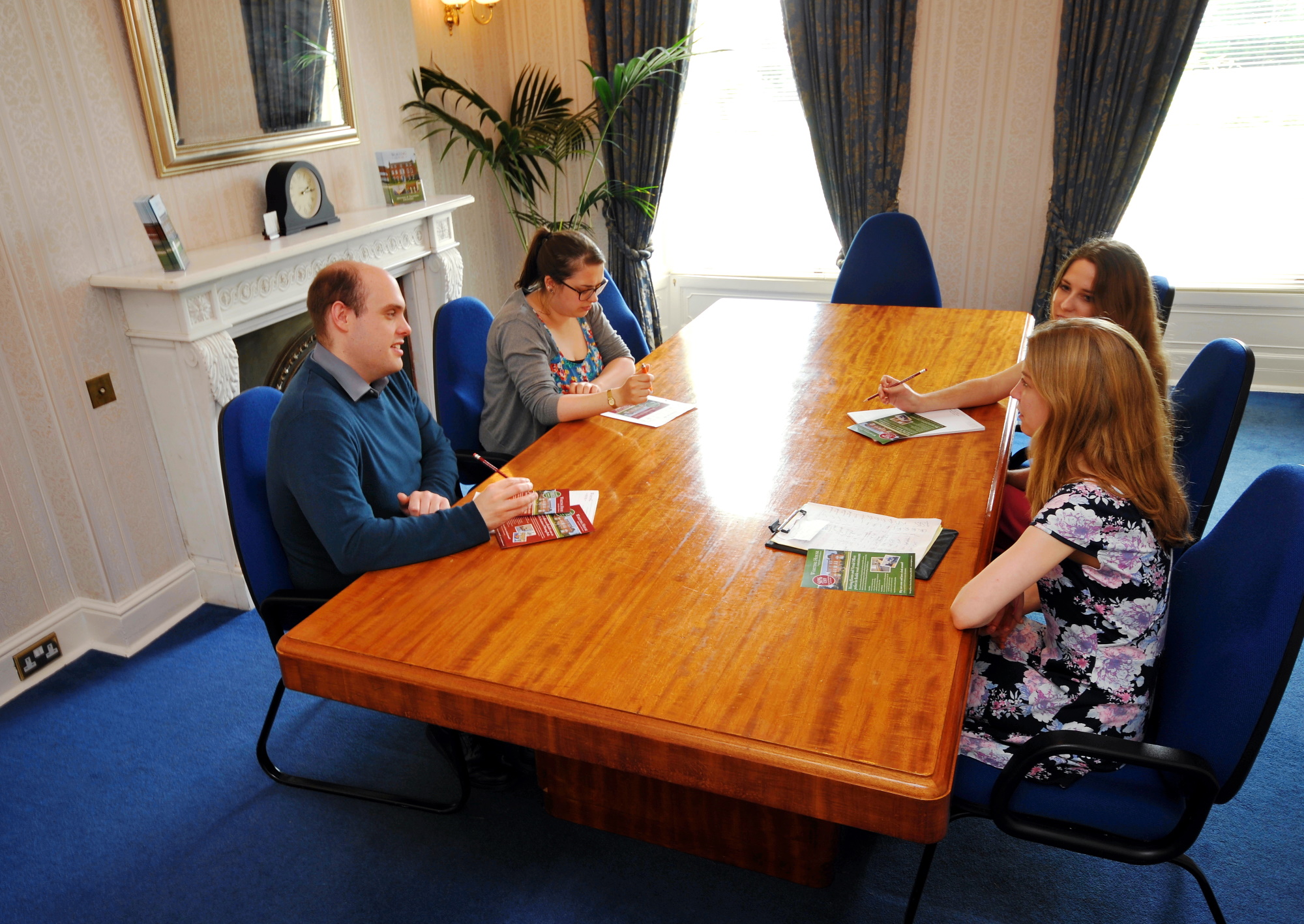 Looking Ahead: The Past Has Paved The Way For Our Future

At Worting House, we’re proud of our rich history. Not many serviced office buildings offer the historic setting, impressive past and beautiful grounds that we do. Our history forms the foundations of our future and our commitment to provide our clients with premium office buildings and first-class professional and supportive business services.

We may no longer be hosting walks and ballroom dances for Jane Austen, but we’re now here to provide you and your workforce the simplicity of days gone by with beautiful rural views that offer an oasis of calm alongside the convenience of Basingstoke. You can escape the hustle and bustle of the modern world, take a deep breath of country air and enjoy working in a location that truly is something special – all that alongside a tranquil setting with modern, cutting-edge workspaces to help you work smarter, not harder.

With the planned additions of a Gym and Childrens nursery on site, its a great place to work.

Book Your Free Tour Today.
See For Yourself What Makes Worting House So Special.

Get In Touch
Menu
We use cookies on our website to give you the most relevant experience by remembering your preferences and repeat visits. By clicking “Accept”, you consent to the use of ALL the cookies.
Cookie settingsACCEPT
Manage consent

This website uses cookies to improve your experience while you navigate through the website. Out of these, the cookies that are categorized as necessary are stored on your browser as they are essential for the working of basic functionalities of the website. We also use third-party cookies that help us analyze and understand how you use this website. These cookies will be stored in your browser only with your consent. You also have the option to opt-out of these cookies. But opting out of some of these cookies may affect your browsing experience.
Necessary Always Enabled
Necessary cookies are absolutely essential for the website to function properly. This category only includes cookies that ensures basic functionalities and security features of the website. These cookies do not store any personal information.
Non-necessary
Any cookies that may not be particularly necessary for the website to function and is used specifically to collect user personal data via analytics, ads, other embedded contents are termed as non-necessary cookies. It is mandatory to procure user consent prior to running these cookies on your website.
SAVE & ACCEPT

Most people who visit are convinced. Come and see all we can offer.

Most people who visit are convinced. Come and see all we can offer.